There’s No Time Like the Present to Enter a Sit-N-Go Tournament!

Why is it called a Sit-N-Go? Well, because that’s exactly what you do — you sit down, you pick up your cards, and once everyone has sat down at the table — you go!

Of course, there is a certain level of strategy to an SNG. For starters, you will definitely want to aim at being one of the top three players. Naturally, being the first place winner is the ultimate goal. However, you shouldn’t underestimate the power of sitting at 2nd place, where you will get 30% of the table’s entry fees, generally speaking.

Most SNGs are about 9 to 10 players big, so you will need to practice good strategy. How do you go about this? Well, we’re glad that you asked! 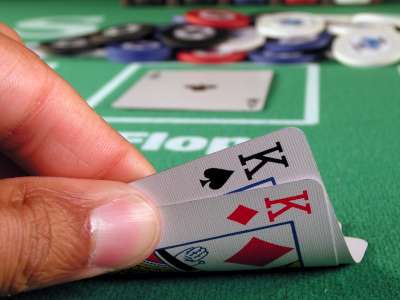 First and foremost, you will need to make sure that you’re being as patient as possible. One of the first mistakes that many poker players make in an SNG is that they want to play loose, taking on every hand like it has to be conquered in order to meet the finish. Maybe this works in non-tournament play, but in an SNG this type of behavior will end up costing you a lot of power in the long run. It’s better to play a tight game, entering a hand only when you know that you have a decent hand that actually has a chance. This is not a time to call a bet just to see what the flop will look like!

Another point that you will need to think about is the fact that the first part of the game will be more or less about watching your opponents and letting them take each other out. Again, other people will most likely be making the mistake of trying to go in on every hand, and this is not a mistake that you want to make. It’s easier to just play tight and let things go from there.

It’s very important that you focus on the end goal and not just the things in the middle. You will want to let as many players knock each other out as possible. The game will automatically get more intense when it’s down to say, 4 or 5 players. You have to just dig in deep and know where you stand, which will yield a lot better results than if you decide to just rush in and play calls that might be a little suspect.

Overall, you have what it takes to win a SNG tournament. As long as you concentrate, there’s really no reason why you can’t win a big tournament!