Bingo is not just a game, it’s a cultural icon. Bingo has been played, in one form or another, for nearly five centuries. In the UK, Bingo is a way of life; home to hundreds if not thousands of Bingo Halls. In fact, Bingo has become the top ranking pastime in all of the United Kingdom. In North America, Bingo is not just an occasional pastime, but the number one way to raise funds across the United States; usually associated with religious institutions. Churches in just about every city of the United States hold charity Bingo games each and every week.

What started out as a fad in the early 20th century has evolved into one of the most beloved, well known games in the entire world. Whether it’s the 75-Ball Bingo, 90-Ball Bingo, or the latest craze, 80-Ball Bingo, you would be hard pressed to find anyone (over the age of 4) who hasn’t played, or at least heard of the game of Bingo.

With so many Bingo fans out there, we thought it would be interesting to see how many Bingo fun facts we could drudge up. So here they are – the top 20 Fun Facts about Bingo! 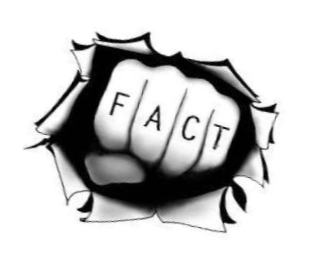 1. The game of Bingo came from a Lottery style game played in Italy dating as far back as 1530 – “Lo Giuoco del Lotto D’Italia”. To this day, the game is played Saturday, with proceeds going to fund a large portion of the government’s budget, estimated at 75 million per year.

2. Bingo, as we know it today, was discovered by New York toy manufacturer Edwin S. Lowe in 1929 while attending a carnival outside of Atlanta, Georgia. At that time, the game was termed “Beano” for its use of dried beans to cover numbers on the cards.

3. “Beano” got its new name, “Bingo”, when one of Edwin Lowe’s friends became overly excited, jumping up and mistakenly shouting “Bingo!” The name stuck, and has been Bingo ever since.

6. About 30% of Bingo fans are younger than 35 years of age, dispelling the myth that only seniors like to play Bingo.

7. The game of Bingo is the number one source of community fund raising across all of North America. END_OF_DOCUMENT_TOKEN_TO_BE_REPLACED